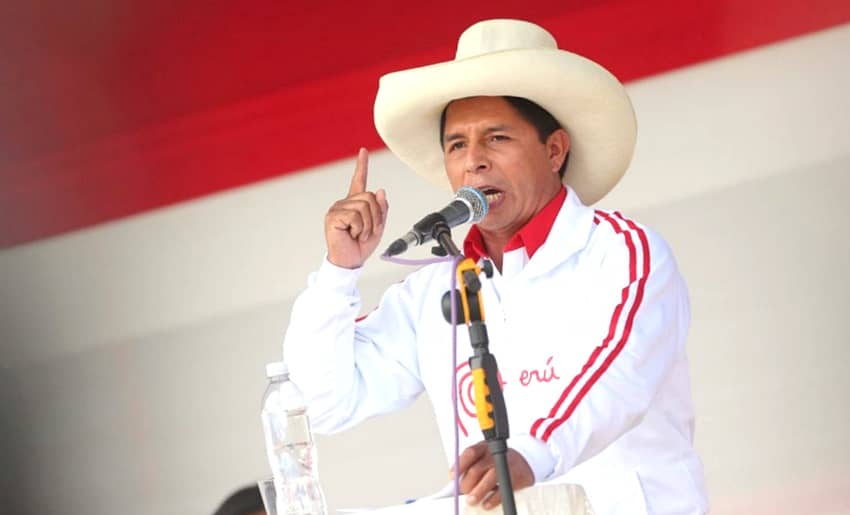 Free Peru opponent Keiko Fujimori, of the far right-wing Popular Force party, recognized that victory as “the law”, and encouraged her many violent followers to cease all forms of violence. Keiko Fujimori faces up to 30 years imprisonment for various criminal chargess: illegally receiving bribes, money laundering, illegally taking money for her 2011 presidential bid, and for leading a criminal organization. She is out of prison on house arrest after 15 months of pre-trial detention as a high flight risk. The prosecution will soon seek a trial.

Keiko Fujimori is the daughter and former “First Lady” of Alberto Fujimori, president from 1990 to 2000. He has served about half his 25-year prison sentence for several crimes of corruption and for ordering the murder of 25 persons by a secret death squad composed of military personnel.

Following the June 6 run-off election, it took ten days for the National Office of Electoral Processes (ONPE) to announce that 100% of the votes cast showed Castillo and Boluarte had barely won with 51.125% to 49.875% of the votes, just 44,058 over their opponents.

JNE then took more than a month to check and re-count of ca. one million of the 17,627,100 votes cast for one or the other candidate (plus 1,108,039 blank and null ballots). Keiko Fujimori’s many lawyers had filed at least 800 acts claiming massive fraud in areas where Castillo had overwhelming support. Her supporters protested, often violently, before electoral jury officials, and beat many of Castillo’s supporters.

The new government—led by teacher, unionist and peasant farmer Castillo—is expected to make many social and economic reforms in keeping with their promises of putting the people before profiteering, and domination by the United States. This development, coupled with that of the Movement Toward Socialism landslide victory in Bolivia, last October, is expected to encourage like-minded peoples’ parties in many countries, especially in Latin America.