JANUARY 6—WHAT A DAY! Assange freed yet imprisoned:
HALLELUJAH for the Failed Coup in Washington DC
[January 7, 2021]

What a day! For me, it started with waiting for my model of honest journalism being released from a torture chamber hellhole at Bellmarsh solitary confinement prison. 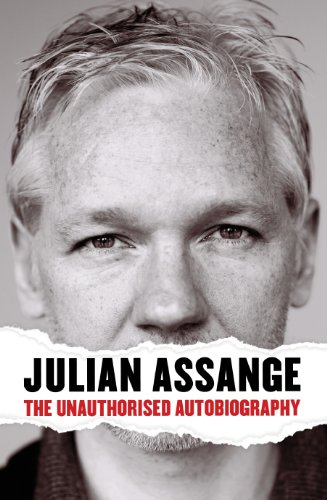 Julian Assange is imprisoned for showing the world, with 100% factual information and documentation, how many governments in the world, especially the United States, act illegally, immorally, and corruptly. In the case of the United States, Assange and Wikileaks, which he founded, have shown how it murders and tortures millions of people for profit and domination, and do so in the name of promoting “humanitarian values”, “democracy”, “human rights”.

The gothic figure of magistrate Vanessa Baraister, as renowned journalist John Pilger calls the extradition court authority over Julian Assange, may enter the English Book of Guinness for illogic, inconsistency, incompetence, and bootlicking (albeit there is great competition for the latter).

Two days before, Baraitser agreed with all of the U.S.’s arguments about why Assange is supposedly a danger to the security of her adorable United States, because he revealed national security secrets. She meant that her ally had every right to try him in a pro-Deep State court where defendants have no right to show public interest as a motivation for their “crimes” of revealing information to a citizenry supposedly living in a democracy, meaning having the right to know what is going on.

Hundreds of medical experts and the rapporteur on torture for the United Nations had written about, and some testified at the trial that Julian, was subjected to physical and mental illness from incarceration in the British maximum security prison for killers and brutal terrorists. His isolation compounds having already spent seven years holed up in a small space in the Ecuadorian Embassy. All that coupled with the real possibility that he would die of ill health or suicide, Baraitser denied extradition on the grounds of health.

Great! So, Julian would get out of prison, one would think, to await a long appellate process the U.S. was set upon, trying to reverse the denial of its extradition request. No, the gothic lady maintained that her prisons are “humanitarian.” Although Julian cannot mix with prisoners, is held in a windowless cell 23 hours a day, can rarely see family or friends, even lawyers, has no access to radio or computer, he does have access to a telephone in a hallway when it is his turn every once in a while.

As a prison, Belmarsh is ordinarily reserved for the most violent and dangerous prisoners, which Assange is certainly not. Known as “Britain’s Guantanamo Bay,” some inmates have participated in high profile terrorist attacks. At least one ISIS executioner, nicknamed “Jihadi John” resides there. Three prisoners have died at Belmarsh this year under unexplained circumstances, and another was discovered dead in his cell just last month. Many prisoners and guards have contracted corona virus. But Baraitser assures us her prison is safe.

Yet her written judgement shows her indifference to Assange’s safety.
“They [the defense] alleged that the U.S. authorities discussed more extreme measures such as kidnapping and poisoning Mr. Assange. I have declined to make findings of fact regarding whether this took place, as the allegations are currently being investigated in Spain. I merely note here that if the allegations are true, they demonstrate a high level of concern by the U.S. authorities regarding Mr. Assange’s ongoing activities.”

Yes, U.S. authorities might want to murder this man for telling us the truth, but he is safe inside British prisons is her logic. No thought about throwing the case out of court for wiretapping everything Julian did and said during years in the embassy, including illegally spying on attorney-client discussions and stealing all of Assange’s legal documents and other possessions.

Bail denied! Baraitser concluded. Best to keep him imprisoned in a corona-infested hellhole, hoping that he will die before higher courts take up the appeals, which could take years.

Enraged and in tears, I looked for solace. Instead, the news came that cop Rusten Sheskey would not be charged for shooting Jacob Blake seven times in the back while he was getting into his car. The black father’s three young children were in the back seat. The cop claimed that he feared the man’s knife, which Black had told the cop he had in the car. We saw the video taken of the encounter. The victim is not seen with a knife in hand as the cop shoots him at point blank range. Just another day killing N….

You Tube took the full video off the screen, claiming it is “inappropriate” and “offensive”. But today, the district attorney of Kenosha, Wisconsin, where the attempted murder occurred, You Tube has another video in which we can see a bit of the encounter.

The next news of the day was to hear and see President Donald Trump tell his supporters outside the White House that the election was a fraud and they should “march on the Capitol”; “Fight Like Hell”; “Take Back Our Country”. Trump’s personal lawyer, Rudy Giuliani, said the dispute could be resolved through “trial by combat.”

Several thousands marched on the Capitol and were met by Capitol police, some of whom removed barriers, allowing hundreds of insurrectionists to walk into the sacred Senate chambers with little resistance from guards inside. US Capitol protest: Police took selfie with rioters in DC chaos (news.com.au)

Members of the Senate, including Vice-President Mike Pence, were rushed to the building’s basement, while other politicians, congressional aides and civil servants hid under furniture with gas masks on as seditionists sprayed gas, fired some pistol shots, broke furniture, smashed windows, and hit some people, including police. One cop was smashed him with a fire extinguisher, and died.

Outside neo-fascists battered media cameras and other equipment, chasing most reporters away. “We’re coming for bodies. We are at war,” rioters said from amidst piles of smashed media apparati.

It took several hours before sufficient cops, National Guardsmen and FBI agents came to help secure the area and clear the Capital and Senate and House office buildings of the invaders. The tally: four rioters dead, one a female rioter shot by a cop, plus one cop. Only 50-70 rioters were arrested.

Just imagine black/brown people storming Capitol Hill. Jacob Blake, George Floyd for example? Or even white anti-war or socialist revolutionaries? Would cops have let them in, or accommodated them, asking to pose with them for selfies as we can see from photos what they did for these right-wing thugs?

I think of 9/11 when terrorists had carte blanche to hijack passenger planes and ram them into buildings while the entire might of the United States of America Racist Military Empire (US ARME) was conveniently distracted by its war games away from the Capitol, and Manhattan’s World Trade Center and the Pentagon were left unprotected!?

Then the US government used these convenient terrorist attacks purportedly conducted only by two handfuls of Saudis to make wars against countries on its “rogue state” list, created a police-state apparatus called Homeland Security, launched a massive and unprecedented electronic monitoring program of all US communications, and frightened anti-war activists and left-wing protestors from demonstrating for years.

(Incidentally, pathetic coup leader Trump is the only president in my lifetime, and one of just two or three in US history, who did not start a war of his own. He merely continued those started by Bush and Obama-Clinton-Biden, who had enough power to prevent him from pulling out of some of those wars.)

This time billions of people can view the “greatest democracy in the world” as one of its own Banana Republics. Maybe even the ever-war-thirsty Democratic Party will have a harder time concocting arguments for a new war. Maybe it will discourage their efforts to continue demonizing Russia, China, Iran, Venezuela, Cuba….just maybe…..

For now, no new wars against peoples of color outside the US ARME will be victims of US bombs—not until, that is, the Democrats Biden-Harris get their feet on the ground and whip up yet another war, probably against another people of color.