Four leading Defense Intelligence Service personnel were suspended on Monday, August 24, pending an independent investigation into serious charges of illegalities—amounting to what Danish daily Politiken is calling the greatest “life scandal in its history.”

Lars Findsen, the current director of Forsvarets Efterretningstjeneste (FE), the Danish Defense Intelligence agency, and his predecessor, Thomas Ahrenkiel, plus two other current intelligence officers, are temporarily suspended. Ahrenkiel, former FE chief from 2010 to 2015, was set to become Denmark's new ambassador to Germany. That was cancelled. 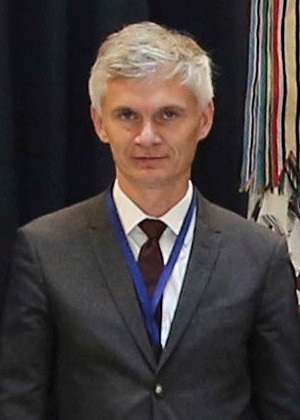 FE is the equivalent to the U.S. Central Intelligence Agency. While the FE jurisdiction also covers military intelligence, they must not spy on Danish people—only foreigners and those in other countries. The Police Intelligence Service (PET) surveils Danes, as the FBI surveils people within the U.S. Director Findsen came to the FE from PET where he had been its head. Two decades ago, PET’s illegal spying on the political leftwing was exposed.

The information on long-standing illegalities in the Defense Intelligence Service, which the Danish Intelligence Oversight Committee (TET) presented on Monday, includes:

1. Withholding “key and crucial information to government authorities” and the oversight committee between 2014 and today;
2. Illegal activities even before 2014;
3. Telling “lies” to policymakers;
4. Illegal surveillance on Danish citizens, including a member of the oversight committee. (Some of this illegal spying had been shared with unnamed sources [perhaps the U.S.?]);
5. Unauthorized activities have been shelved and;
6. The FE failed to follow up on indications of espionage within areas of the Ministry of Defense.

TET was created in 2014 with five civilian members, experts in the rule of law, chief judges and professors. It has eight employees and a budget of only $1.3 million. TET told the media February 24 that, in November 2019, it received from unnamed whistleblowers four thick ring binders of classified material showing FE illegalities. When TET delivered its report to the government recently, it asked Parliament to create a whistleblower scheme for the FE.

A leak from the Danish Intelligence Oversight Committee material shows that The Defense Intelligence Service has illegally shared communication of Danes with U.S.’s National Security Agency (NSA), where Edward Snowden had worked. (1)

In an editorial on August 25, Politiken called the material “historically dramatic and [a] highly politically explosive analysis of [the] FE … quite worrisome for the rule of law.”

The Minister of Defense, Social Democrat Trine Bramsen, refused to be interviewed. She said simply, “I look at the matter with the utmost seriousness. It is absolutely vital that we can have confidence that our intelligence services are acting within their powers.” She added that these serious charges will be investigated by an independent committee.

Suspended chief Findsen stated that the charges were unwarranted.
Leading Denmark Radio (state-sponsored TV-Radio medium) judiciary reporter Trine Marie Ilsøee said, “We cannot expect that most of the possible illegalities committed will be made public.” She added that Denmark’s intelligence services are connected to and dependent upon foreign powers. Denmark could be compromised if secrets were revealed. “After all, intelligence services operate in secrecy.”

The Defense Intelligence Services has two collection stations in Denmark. In this picture near Hjørring, six radars are wrapped in fiberglass domes. [Source: dr.dk]

Politiken’s editors, however, demanded that, once an independent investigation is completed, it be presented to parliament so it can determine if the FE has kept policymakers informed. They also proposed that TET be granted powers to interrogate FE’s employees, and ascertain if they comply with the law, which until now has not been possible.

Several media criticized the FE for assuming that it is beyond “democratic control.” Only once, however, in all the media surveyed by this writer in a 24-hour period, has the United States of America been mentioned as its cohort and model.[i] Nevertheless, it is known that FE and PET are closely connected to the CIA, military intelligence services, and the FBI. In fact, many Danish intelligence officers receive training from U.S. intelligence agencies.

Americans consequently should be alarmed by this recent scandal, which exemplifies the growth of illegal surveillance operations in countries that had previously been considered model western democracies. The U.S. government has legitimized the new cold war against China and Russia on the basis of the latter countries’ authoritarianism, but as can be seen in this Danish case, illegal surveillance operations proliferate in allied nations.

Ironically, on the same day, the Justice Minister announced an additional $50 million for the police force, in order to bring 300 policemen closer to “neighborhood watch.” They will have posts in 20 cities for 15 hours a day to enhance a sense of safety for citizens.

August 24 was a most unusually dark day for Danish democracy within Defense-War-Intelligence institutions. Denmark’s former top general, General Major H.C. Mathiesen, was sentenced to three months in prison by a national court for nepotism, assisting his lover in her military career. He had been found guilty by a lower court, in May, and sentenced to two months in jail. He appealed and the higher court stiffened the sentence for his abuse of power over a three-year period. He will now lose the salary he collected while on suspension for nearly two years, as well as his King’s Cross.

This affair is unprecedented in Denmark’s history—a general going to prison. In that sense, the declining democratic system has been fortified by the courts.

Nevertheless, more dirt has recently emerged, which military leaders ignored, regarding “sloppy and wasteful” use of tax money by the Property Management unit of the Ministry of Defense. Internal dissatisfaction about leaders’ arrogant attitude has perhaps caused some insiders to reveal these other crimes.

Some juridical experts have criticized both FE and PET leaders for allowing increased power to go to their heads ever since they began receiving extra and greater resources, manpower and authorities following the terror attacks in the U.S. on September 11, 2001. It is common knowledge that all Danish governments look to the U.S. for direction on how to run their foreign policy and thereby, their military and intelligence institutions. Their counterparts in the U.S. have more power, abuse that power, and ignore democratic procedures; so it must be alright to do the same in Denmark.
What has not yet changed in Denmark is public acknowledgment of this lack of concern for Denmark’s sovereignty.

The last serious case of illegalities connected to the government and its intelligence services took place in 2004. Major Frank Grevil was an analyst at the Defense Intelligence Service. It had concluded that there was no solid evidence that the Iraqi government of Saddam Hussein possessed weapons of mass destruction. This information was forwarded to then Prime Minister Anders Fogh Rasmussen, who lied to the public, stating he was “absolutely certain” Iraq had such weapons.

Frank Søholm Grevil, former FE intelligence agent, leaked classified intelligence on the FE’s assessment of weapons of mass destruction in Iraq. The leaked documents concluded that there was no solid evidence that the Iraqi government of Saddam Hussein possessed weapons of mass destruction. Frank Grevil was sentenced to four months in jail for the leaks. 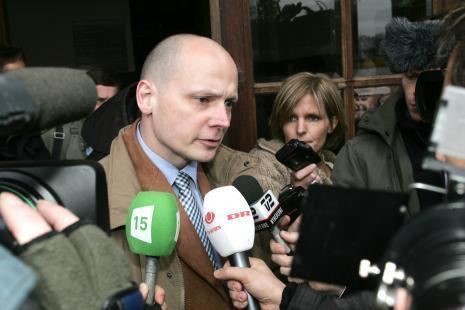 Grevil could not let this lie pass. On February 22, 2004, he anonymously leaked classified Iraq assessments to the press, and he resigned his service. Authorities found out that he had been the whistleblower, and arrested him. U.S. whistleblower Daniel Ellsberg came to Denmark to help his defense. The courts, nevertheless, found Grevil guilty of revealing state secrets and sentenced him to four months in prison, which he served. He was shunned by intelligence colleagues.

Meanwhile, PM Rasmussen convinced Parliament to declare war on Iraq, the only nation to do so. It was the first time Denmark had declared war since 1864, then against Germany. Danes killed Iraqis and eight Danes were killed in that war, all because of a lie. 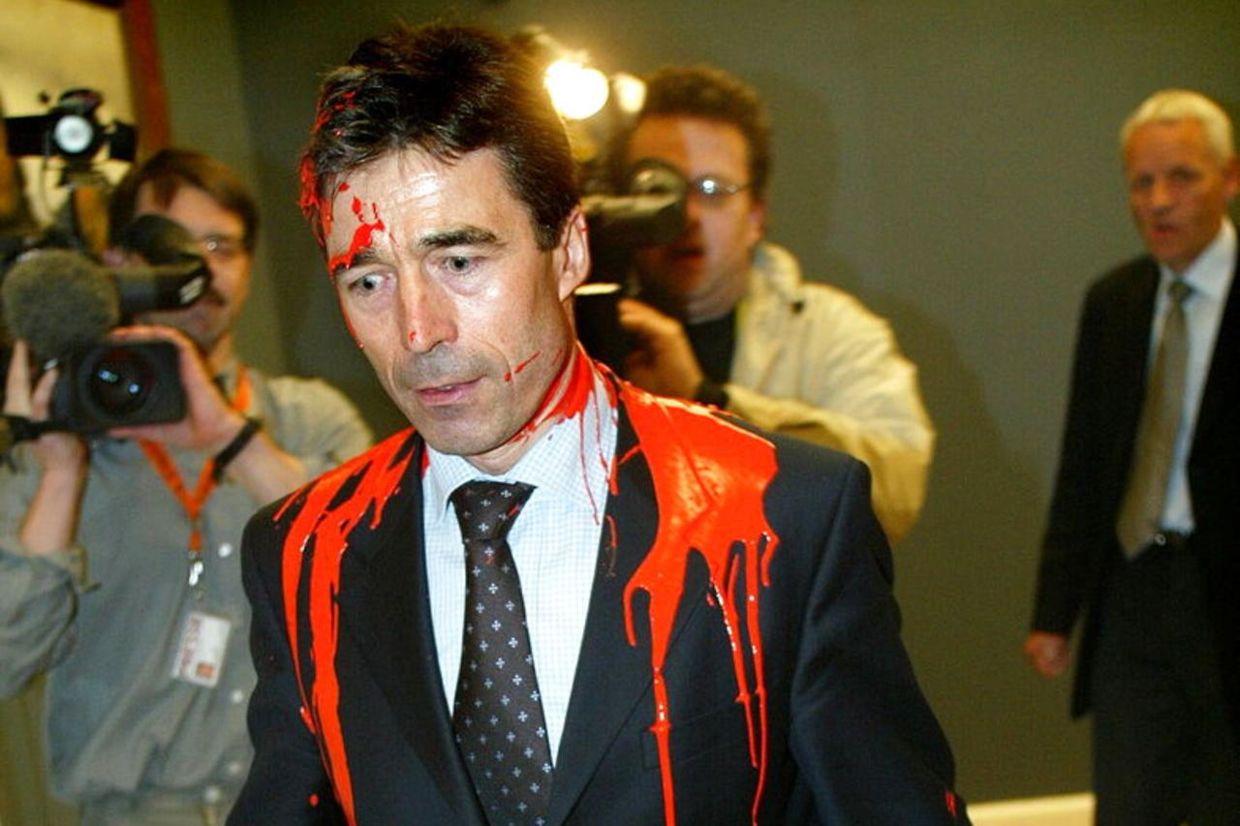 Prime Minister Anders Fogh Rasmussen doused in red “blood” by activists for lying to Parliament about the existence of Iraqi weapons of mass destruction and leading the nation to join the war against Iraq. (March 18, 2003) [Source: BT]

Rasmussen was not chastised but, rather, was awarded the chief post of NATO following his terms as Prime Minister.

Rasmussen and Foreign Minister Per Stig Moeller were in the Parliament building when anti-war activists Lars Grenaa and Rune Eltard Soerensen splashed ecological paint on them. The youths were jailed for four months (serving 70 days in isolation), fined $40,000 plus court and damage costs of ca. $200,000. Danish youth applauded them for their civil disobedience, and they were hailed by millions at European peace rallies. All political parties in Parliament, including two self-styled socialist parties, and the small Communist party, condemned the activists for using “violence.”
________________________________________