HERE "Winding Brook Stories". This is half of my latest book. These are stories of teachers and students involved in "Another Kind of Education". This radical schooling started in Denmark, (Tvind) in 1970, with 10 members in the Teachers Group. Now there are 3000 working in 45 countries "fighting with the poor" to end poverty and war.

FREE PRESS=FREE ASSANGE FREE Us All!

The Covid-19 Global Solidarity Coalition [i] condemns the on-going persecution and prosecution of Julian Assange, founder of Wikileaks, a non-profit organization that has published more than 10 million classified documents just between 2006 and 2016 revealing war crimes, torture, corruption and other outrages committed by scores of governments.

Exposure of official wrongdoing should be applauded not condemned. Criminalizing such behavior, as the U.S. is attempting to do with help from the U.K., is not only an affront to democracy, it poses a threat to all journalists who attempt to bring government lies and malpractice to the light of day. This is clearly a politically motivated prosecution, and Article 10 of the UK’s extradition law prohibits extraditing persons for political reasons.

In Assange's case, the outrageous charges are compounded by the fact that he has little hope of receiving a fair trial in the United States. UN Special Rapporteur Nils Melzer points out that if the UK extradites Assange to the US, he will be prosecuted in Alexandria, Virginia, home to an inordinate number of residents who work in the national security community, from whom jury members would be drawn. “When people are tried for harming national security in front of a jury like that," Melzer explains, "the verdict is clear from the very beginning. The cases are always tried in front of the same judge behind closed doors and on the strength of classified evidence. No one has ever been acquitted there on a similar case.”[ii] 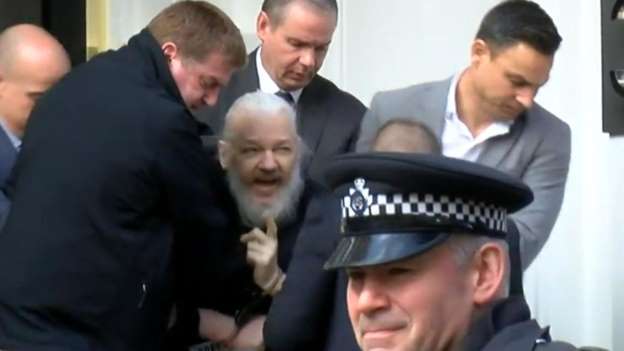 Julian Assange is the embodiment of what the people's artist Leonard Cohen sang in Villanelle For Our Time:

"I was the CIA director. We lied, we cheated, we stole. It was like we had entire training courses...it reminds you of the glory of the American experiment." Secretary of State Mike Pompeo
https://www.newsweek.com/china-responds-iran-us-spies-1450789
..........

"All that is necessary for evil to triumph is for good men to do nothing." Edmund Burke

Thank you Chelsea Manning! We are happy you are free again. #

Sorrowful interlude: Brave Chelsea said NO to the Man again and landed in prison, in isolation, yet again, and did so with honor and guts and in solidarity with a fellow fighter for peace/equality/justice: Julian Assange. All of us who stand with what Chelsea stands for must stand up for her now--spread the movement everywhere, alongside climate pioneers, antiwar warriors, antiracist resisters--Build One Great Movement!

#This was written when Chelsea was released from prison. At that time I wrote: While Obama did this one good deed in eight years of evil-doing, we must remember that he put Manning in prison in the first place.

THE RUSSIAN PEACE THREAT:Pentagon on Alert
my new book 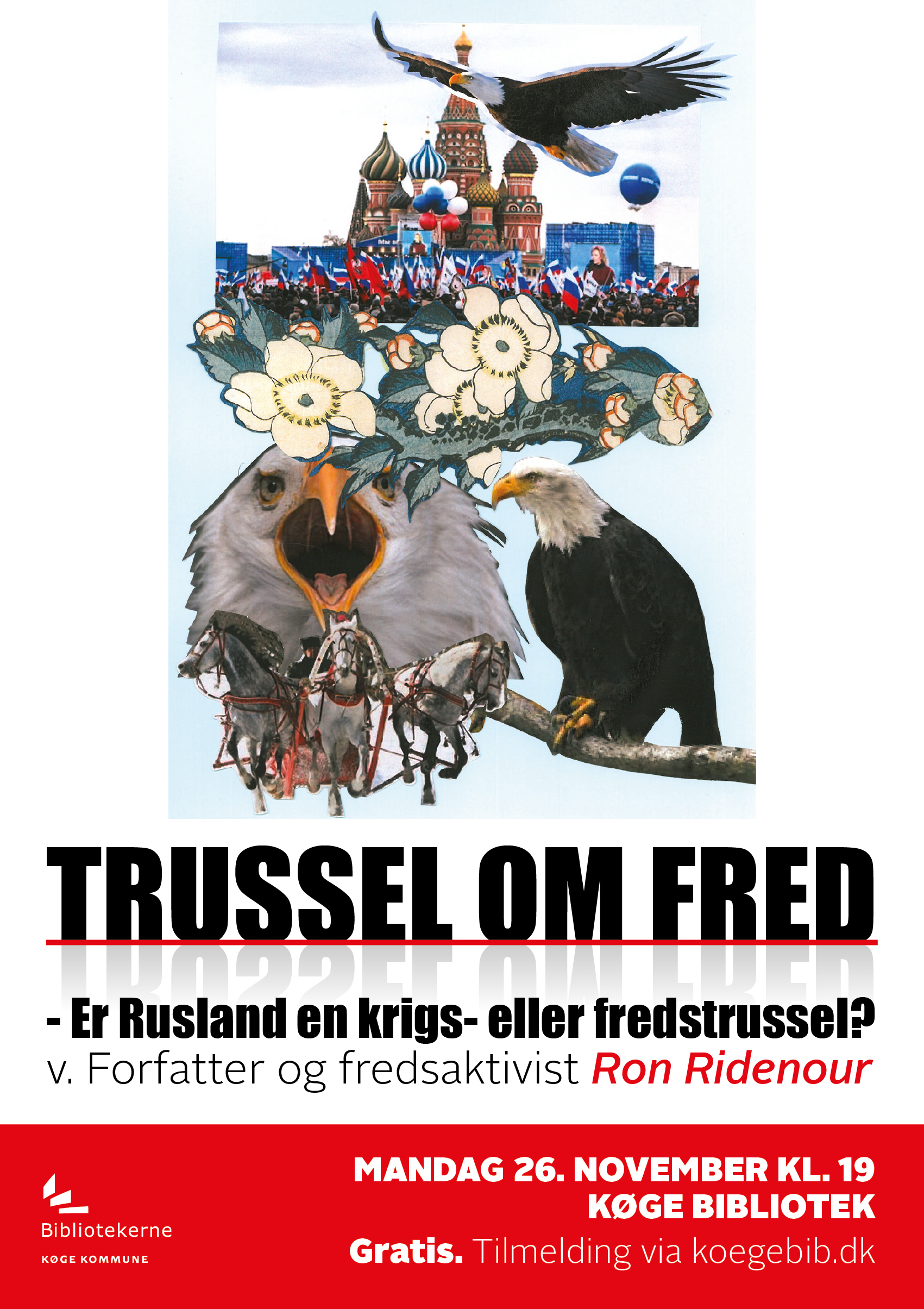 Jette Salling collage of my new book. This poster in Danish advertizes my lecture-discussion on the subject of War and Peace, US domination, the lack of sovereignty in Denmark and Europe in face of US's globalization. "Is Russia a war or a peace threat".

Western democracy claims to be the best system in the world because it promotes a multi-political party system with regular elections in which all citizens (except prisoners and ex-prisoners in many states) are officially allowed to vote. This system of "democracy" actually is the dictatorship of elites, the capitalist class and its allies.

"It is the function of the CIA to keep the world unstable, and to propagandize and teach the American people to hate, so we will let the Establishment spend any amount of money on arms." - John Stockwell, former CIA official and author.

Ernesto Che Guevara represents to me the struggle for justice, social equality, participatory democracy in which the producers are the owners and major decision-makers, once the capitalist economy based on greedy profit for the few is abolished.

Herein can you see many articles about the elite system of hypocritical democracy, how it needs control over us, how it nurtures on wars to expand. You can also see several of my books in the theme section, and many articles about Cuba, Venezuela, Bolivia, Denmark, the wars against the Middle East and other countries.

There are revealing and sad articles concerning the genocide of Tamils by Sri Lanka's Sinhalese governments aided by most of the world: west and east, socialist and capitalist.

HERE for an analysis of the US-NATO permanent war age.

"The rulers’ definition of terror is so broad that it fits most anything or anyone, except the ruling class’ governments and their military officials."

"We have wandered over the deserts and the seas. We have been hungry and thirsty. We have been murdered and tortured. We are of the working class, of the castes; we are many races and nationalities. We share a common vision: freedom and equality; bread and water on the table; a shelter over our heads. We must fight together to live in peace and harmony."

HERE is my analysis of the year 2011 and what awaits us.
Internationalism is an endless struggle, an endless challenge. It does not end even when one or more of our political parties take over the governing reigns. We activists must always keep our wary eyes pinned on the leaders, regardless of their names, just as our clear eyes cast light upon humanity’s future. 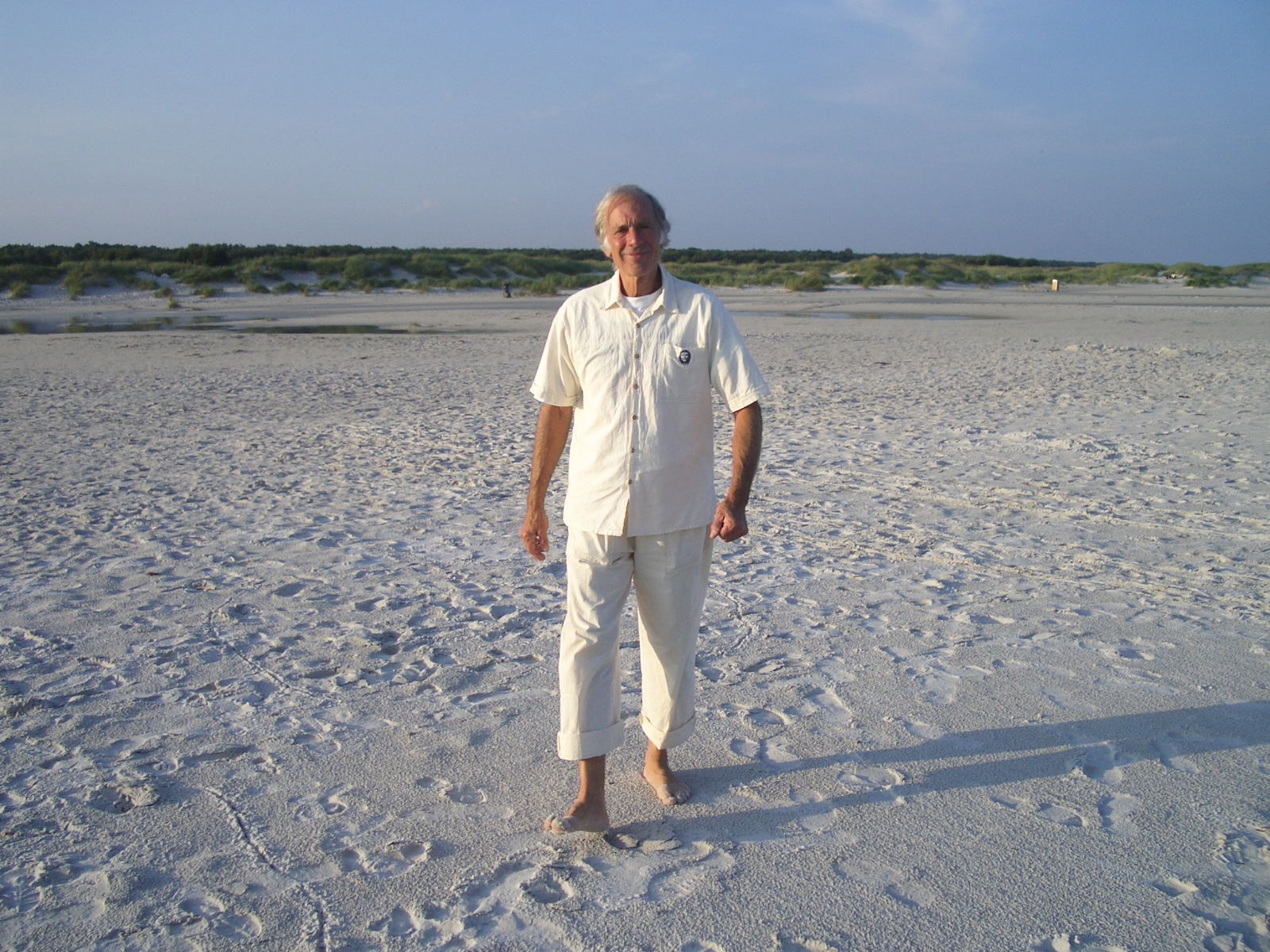 Me at one of Bornholm's beaches in Denmark, 2006. Sandra foto.